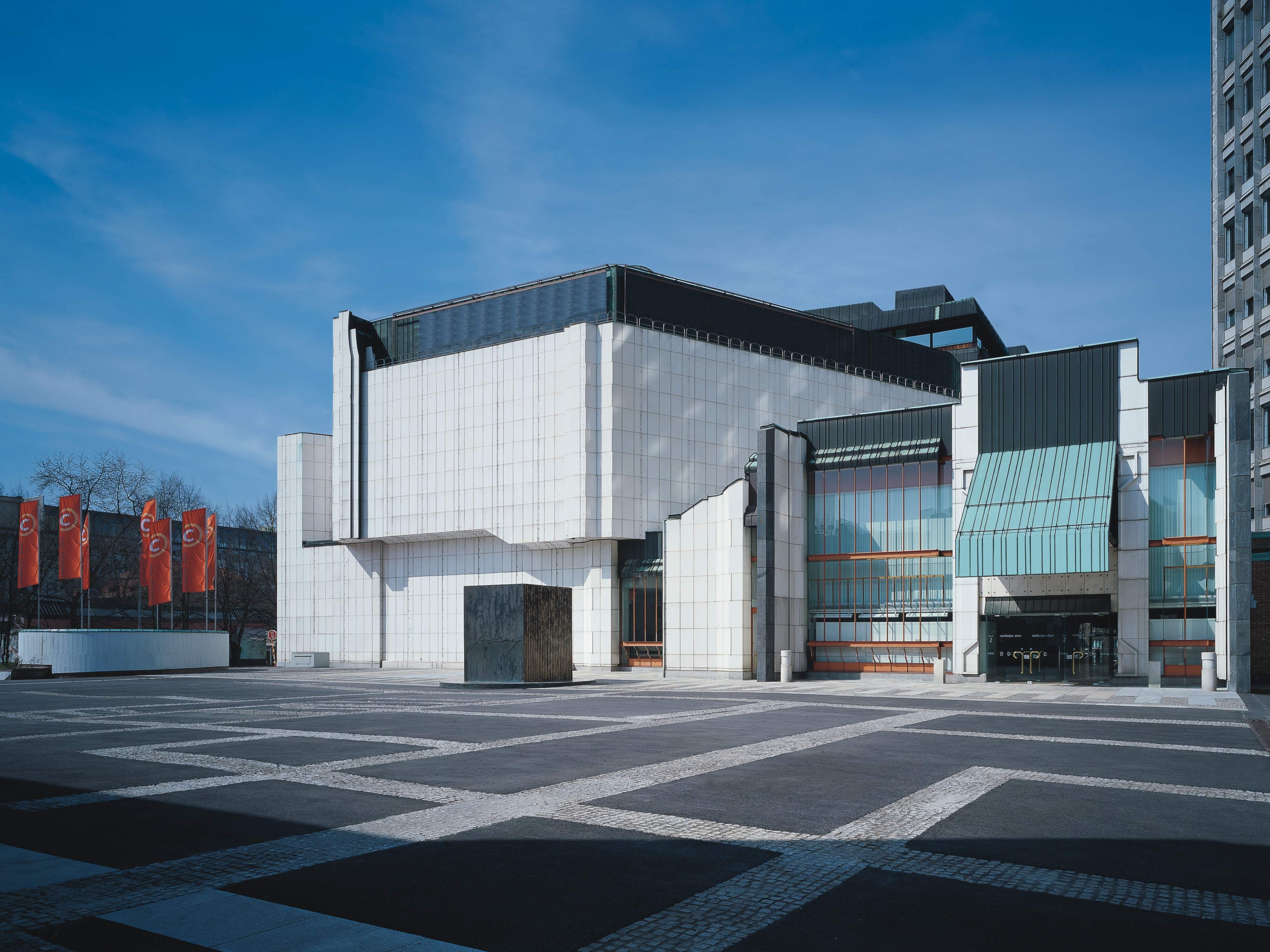 Gallus Hall: with a colourful auditorium and two balconies, the white marble walls of this magnificent architectural gem enhance its sophisticated minimalist appeal. The theatrical style of the hall is that of a stage and proscenium, with the basic stage consisting of three equivalent segments that can be moved independently of each other, while another rotating stage with a diameter of 17 metres is located underneath the stage. Superbly equipped and tailored to the needs of the most demanding production companies, the Hall is the ideal venue for an unlimited range of events: symphonic and chamber concerts, jazz and world music performances, opera, ballet and dance productions, technically demanding theatre and multimedia shows. The hall is also ideal for large-scale conventions, congresses and ceremonies.

The Gallus Hall has outstanding acoustics, praised by artists who regularly perform in the most prestigious international venues, and is particularly well known for its majestic pipe organ, built in the famous Berlin organ workshop of Karl Schuke.

The hall is named after the Slovenian composer Jacobus Gallus Carniolus (1550-1591), who represented the Counter-Reformation in Bohemia and became world famous for his extensive oeuvre of motets and madrigals.

It can accommodate up to 1545 people.

From the main bus or train station, bus no. 9 will take you to our immediate neighbourhood - the Drama stop, where buses no. 1, 3, 6 and 19 also stop. Not far from there, there is also the bus stop Kongresni trg.

You can park at a single rate after 19:00 in the garage, which is open for half an hour after each concert. Later, you have to collect the car by entering the garage from the junction of Šubičeva and Valvazorjeva streets.